Fixing technique and perfecting your shots can take months, even years of practise.

You could spend hours with your padel racket trying to get the perfect shot.

Do you want to see results on court right now?

Here are 5 easy padel tactics that you can implement in your game right NOW.

They do not require special technique or ability, anyone can do this.

1. Play On Their Weaknesses

A lot of these padel tactics are based on exploiting players weaknesses.

Every opponent all the way to the world padel tour level has a weakness. You need to exploit this for your advantage.

Have a look at your opponent, what mistakes are they making, can they deal with high balls well?

If they struggle with high balls, then lob, lob, lob.

If they struggle with the walls, then try and aim your serve, and all attacking shots to the side wall and deep up the court.

Playing on their weakness is of course easier if you know the opponent well, and often play against them.

But what if you don’t?

A common weakness across all players is their backhand, but even if their backhand is strong, it is still unlikely it will be as effective as their forehand.

For example, if I play a high ball, on to the forehand of a player, they can smash, play a bandeja, vibora, aggressive volley and so on.

A high ball on the backhand side however…

There isn’t much they can do with that.

You can target the backhand with a lot of shots to play and this will lead to two outcomes:

This is a win win for both options, even if they manage to get the ball on their stronger, dominant side, they waste energy and probably won’t have their positioning correct.

So if you don’t know your opponent, try playing on their backhand. As no matter how good it is, it won’t be as effective as their forehand.

One of the most effective padel tactics.

It is called “the fridge”

Personally, I hate it when opponents target my partner, it is one of the most frustrating things on court, especially when losing.

But it works very well.

When you target one player, it doesn’t even matter if they are the weaker player, two things will happen.

This player will start feeling more pressured to not make a mistake, because they more than likely don’t want to let their partner down.

This ESPECIALLY applies in a tournament or competitive scenario.

This can lead to them making more mistakes, and not playing their best.

If they are the weaker player, and they are not phased by the targeting, it is still a win for you, because if they are weaker then you will win more points compared to playing on both players.

The non targeted player will then become not as warmed up.

Imagine if you are playing a match, and the ball has not come your way for a couple of games. You are then mid way through a rally and suddenly the ball comes to you fast.

It is very unlikely that you will be ready for the ball.

You will probably make a mistake or not play as effective shot as you could.

The non targeted player can also become frustrated, leading them to lose their head and again, make more mistakes.

Overall, a very effective padel tactic you should equip if you are playing competitively.

3. The Place and the Pace

This is a smart tactic to keep your opponents guessing and on their toes.

The longer you play against someone, you naturally pick up on their habits and can read them easily.

When I am playing, my common return from the serve is cross court, I notice that opponents start to read this and step across, that is when I change it up, and start playing down the line.

Have a think about your game as you are reading this.

Where do I usually hit the ball from serve? Where do I aim my volleys?

If you don’t put much thought into this, it is very likely that you are putting the ball in a similar place all the time.

Try switching up your serve, play it the opposite place you usually do.

The same goes for your volleys and other technical shots.

Changing the pace is underrated, because it is hard to visualise the results.

People can’t “see” how changing the pace works compared to how smashing the ball out the court works.

Speeding up and slowing down your game is very effective:

This is just a handful of reasons.

Here is a clip from Otro Nivel (Sven Boele) explaining why we need to change the pace, he is a fast growing padel tips content creator.

I recommend subscribing to him and following his social media if you want to get better at padel.

Moving your opponents around the court will always be a genius padel tactic.

This not only tires them out, but it also forces them to make a mistake.

Think, which situation are you mostly likely to win the point from?

In the situations of 2 and 3, it is unlikely that you will win the point from that particular shot.

However from situation 1, you don’t have to move, you aren’t running, you are in a great position to win the point.

By constantly making the opponent move, they will get tired.

This leads to more mistakes, and I think when your opponents are very tired, it is a lot easier to win the point and match.

5. Talk with your partner

This one seems like an obvious one. But it combines everything we have read today into one.

It is surprising but partners don’t talk as much as they should.

Communication is one of the most valuable padel tactics out there.

You can use all the padel tactics above, but you need to communicate this with your partner.

What should we talk about?

Let’s say that you have identified your opponents weakness is their failure to deal with high balls.

Now tell your partner this information so that BOTH of you are hitting constant high lobs to that player.

Same goes for when you decide to change the pace, it won’t work if you are trying to slow the game down, but your partner is not doing this.

Watch this video of the professional world padel tour players, notice how during and after the point, both players are always communicating!

Hope You Learned Something!

If you want to learn more padel tips then I would suggest subscribing to our newsletter.

And of course, subscribe to our newsletter to get better at padel! 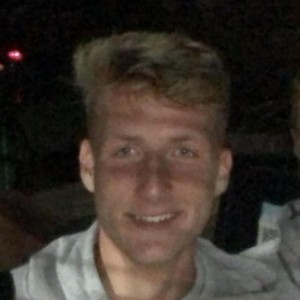 If you want more details on the padel tactics, I found “the fridge” a great article on it by Padel Addict. The Fridge Article.

We Will Help You Find The Right Racket For You.

What do you think? Leave a comment. Cancel reply

Open chat
Have any questions?
Hey, this is Ewan's number, ask me anything here and I will get back to you as soon as possible :)